“The highest compliment you can give a firm is to not only recommend them, but to use them again.  When we decided to build a restaurant next to our Inn in Cave Creek, there was no other choice for us than Shiloh Builders. Stumblina’s Cantina was recently completed. Their foreman made many valuable suggestions that ultimately led the renovation to a much-improved finished product. The results speak for themselves and we could not be happier. We cannot thank Shiloh Builders enough for making our dream of opening a western-themed bar and restaurant a reality and we will continue to recommend them to anyone looking for quality work at a fair and reasonable price!”

“Shiloh Builders is a top notch, professional firm run with integrity at every step along the way. They worked with us on the redesign and execution of our extensive home and yard renovation with the end product being better than we envisioned. Ken Madden is an intellectual visionary who fosters a dependable, family-oriented business environment and whose focus is on delivering a high-quality customer experience. Along with being a great contractor, we also now consider him a friend. We would highly recommend Shiloh Builders as a five-star business in the Valley of the Sun!!”

“Ken Madden helped us build a house 20 years ago. We are now talking to him about remodeling our present home.

These new conversations have reminded us that Ken is one of the most knowledgeable builders we know. He requires only the best from his employees and sub-contractors. When his houses are finished the homeowner moves in and there is nothing left to do but to enjoyed it.”

“I am pleased to write this letter to any client or potential client of Shiloh and let them know that they did a fantastic difficult renovation for us in Desert Mountain on time and on budget. I am also happy to recommend them to anybody who wishes to build or renovate a home. The after service and warranty was honored without any issues The best thing I can say about Shiloh and the MADDEN family is that they have my full trust and if you can trust someone that is all you need Paperwork is secondary to real TRUST.

As a potential client you could call myself at any time and I am aware of one other job that they did who is a very good friend of mine and you could call him as well. Best to everybody in the world in these difficult political days” 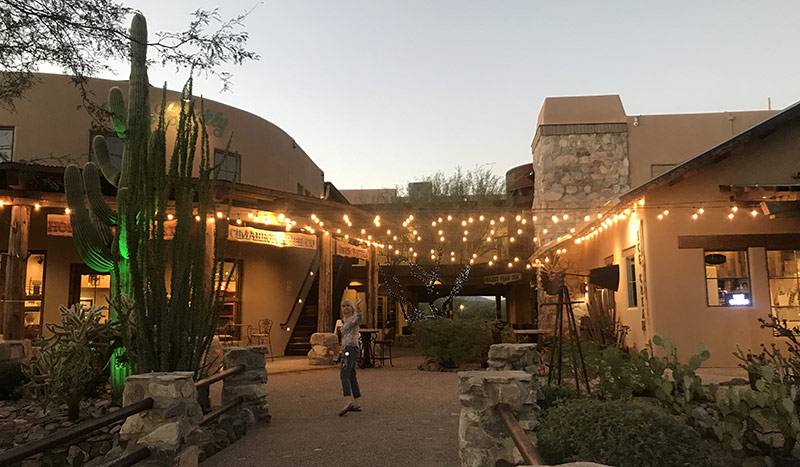 “It is with great pleasure and gratitude that we recommend Shiloh Builders based on the amazing job they did on our Prickly Pear Inn, Cave Creek AZ last year.

From our initial meeting to the final walkthrough, the team of professionals at Shiloh Builders, included us as we were part of the team. The common goal was to build a beautiful boutique hotel.  Everyone associated with the company was courteous, and professionally qualified. The work was done within the budget and within the timeframe agreed upon. Most impressive was the fact that the owner himself, Ken Madden, was “hands-on” throughout the project and was easily reachable to discuss the inevitable obstacles one is sure to face when taking on a renovation of this size.”

“Our experience with Landmark was one that was both eye opening and very satisfying.  This was not a new experience, as we had built a custom home at Desert Mountain in the past, as well as a large addition in our current home in 2001.  Our project was a major Master Bedroom/Bath remodel that was very challenging to both architect and builder as there were many unknowns regarding the original structure.

Ken and his Landmark West team were very flexible and were especially creative during the building process.  Our well thought out plans for the master bath were not possible due to structural problems that could not have been known until demolition was complete.  We were upset that our dream bath could not be done.  Ken and his team slept on this problem and presented a solution that is absolutely gorgeous – well beyond our expectations – and even better than the original plans.

We had very high standards for this remodel.  To say we are satisfied with Landmark West is a huge understatement.  Ken and his team are the epitome of professional and very fine people.  Their creativity, kindness and ability to be flexible when unexpected “surprises” occur puts them at the best in class for custom homes.  We highly recommend Ken and his team at Landmark West, and we will look no further if we have a need for these services in the future.” “In 2013 I gave Ken the formidable task of doing a complete kitchen and bathrooms rebuild along with a full house remodel to be completed within a short period of three months. Although a challenge, the team at Landmark rose to the occasion and worked to get the job done. While I am a stickler for detail and prevision, Ken is more so. We shared a vision together and delighted with the results. As the renovation was at a vacation home for us, much of our communication had to be done by phone and I don’t in any way feel that hindered or slowed the process. They are great communicators. The bookkeeping detail made us comfortable with all receipts and time sheets on hand. Like any renovation, the job expanded from the original concept but we were informed along the way. We recommended Landmark to friends that did a full house remodel, they chose them, and the results are outstanding.

I believe Ken and his team to be honest, hardworking and diligent in their approach, working to make their home owners happy. Choosing Landmark will be your first good decision on the road to your new home.”

“We felt comfortable with Ken Madden from the first time we met and it was an easy decision to select Landmark West as our builder. Ken listened to us and responded to our questions, never trying to “sell” us but instead trying to help us determine if Landmark West was a good fit for us. He gave us the confidence that we could trust him to turn our dream home into reality. Ken has worked with us through the entire design and construction process including introducing us to an architect with whom we were also very pleased.

In addition to Ken, we have a superintendent who clearly shares Ken’s desire to ensure we are happy with our new home, and our satisfaction is his top priority through the entire process. We highly recommend Landmark West and while we expect this to be the first and last house we build, we would use them again without giving it a second thought!” “At the beginning of 2019   I decided to do a major remodel and expansion of my 25-year-old home in Desert Mountain.  This included adding a bedroom, converting the existing bedroom/office to a TV room, connecting   the detached casita to the main house, and expanding the   kitchen. /family room area to a single large room.    As part of this remodel, three additional patios were added – including one for each bedroom, and a breakfast patio off the expanded kitchen area.   Critical to the success of this remodel  was   turning the existing center stone  fireplace (4 sides of heavy stone with a floor hearth) to a contemporary  fireplace that had  a raised hearth, all the stone removed,  was open on 4 sides with a granite   seating  on four sides, allowing  full through room visibility from the kitchen,  breakfast nook,  family room,  and entrance  hall.  In addition, there was a requirement to not have a support pillar in the middle of the expanded family room.

I interviewed several builders and the only one that I had confidence in his ability to successfully complete the above-described renovations with exquisite attention to detail was Ken Madden of Shiloh homes.

As with any remodel on an older home, unforeseen problems can arise, and they certainly did in my home.  Areas of rot due to   unrecognized water leakage over the years took their toll on the house, including replacing all the room copper fascia.   This added considerably to the cost of the project and Shiloh’s   change order system was reasonably transparent and, I believe, fairly priced.

The project was a three-way collaboration, between Shiloh homes, an incredibly talented designer, Melissa Parsons of   Parsons Design LLC, and me.   I do recommend this relationship as it leads to a positive creative tension between the three parties and resulted in a superb product.  In fact,  once  completed, I invited   the realtors who sold me the  house in 2007   for a walk-through and  they told me that  the cost of the remodel would be more than returned,  if/when  I decide to sell  the house.

Bottom line.   I am delighted with my “new” home and recommend   Ken Madden and Shiloh homes without reservation.” “Landmark West Builders remodeled our home in Desert Mountain and we are so pleased with the result. Ken Madden is very creative in solving design challenges such as making walls disappear and cantilevering rooms so they appear to float in mid air. The attention to detail is absolute. The work progressed at a steady pace and the result is absolutely spectacular.”